Baked mashed potato balls that melt in your mouth, but still have that golden and crunchy crumbed topping. You can’t make a mistake if you decide to make one, everyone will get crazy for them.

How to make the crunchiest baked mashed potato balls?

Potato balls look pretty easy and straightforward to make, but you have to follow a couple of tips because they can get too soft and lose their shape if you don’t make them following this recipe.

Using leftover mashed potatoes is fine, but if you are boiling them for these potato balls, I recommend cooking the potatoes with the skin on as they don’t absorb a lot of water that way.
Once they are cooked, I recommend leaving them for about an hour to chill down entirely. Then you can take the skin off and mash them with a potato masher, or even easier, you can use a stand mixer.

For the add-ins, you will need some tiny chopped onion and grated cheddar cheese, coriander. Then season with salt, pepper, and garlic powder. Mix everything and create small potato balls.
Using a simple crumbing technique, add the potato balls first in flour, then in the other half of the whisked egg, and at the end in previously toasted breadcrumbs and smoked paprika.

Remember, to get the crunchiest baked potato balls you will have to crumb the balls two times in egg and breadcrumbs.

How to freeze these potato balls?

The good thing about these mashed potato balls is that you can freeze them in a ziplock and just bake them before consuming them. So when you have the potato balls covered in breadcrumbs, you can easily add them to a ziplock bag and freeze for up to 1 month.

How to make oven baked mashed potato balls? (and anything else that is crumbed)

Once you decide to bake them, add the potato balls on a baking tray or a pan previously lined with parchment paper and spray some olive oil on each potato ball.

Preheat the oven to 220C/ 430F, and bake for 10 minutes. Once they start getting golden brown, take them quickly out of the oven and spray just a little bit of olive oil again on each ball. Once you get them fully golden brown, they should be ready to take them out of the oven.
It shouldn’t take you more than 15 minutes to bake! I like to squeeze some lemon on top and dip them in tartar sauce. 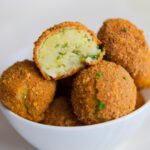 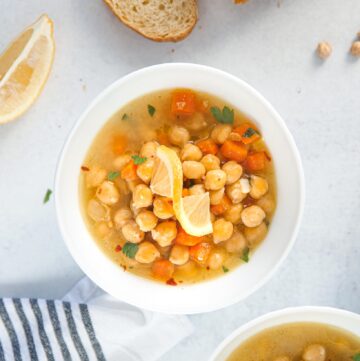 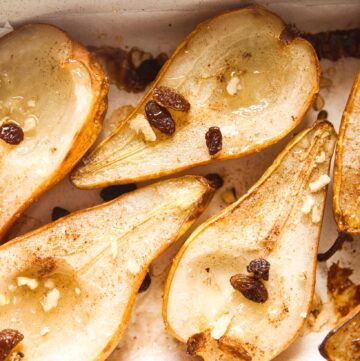 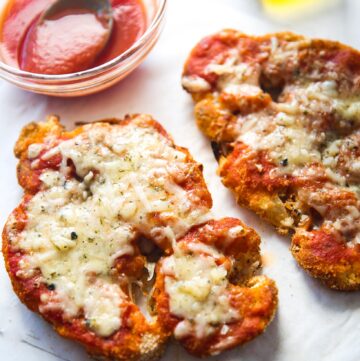 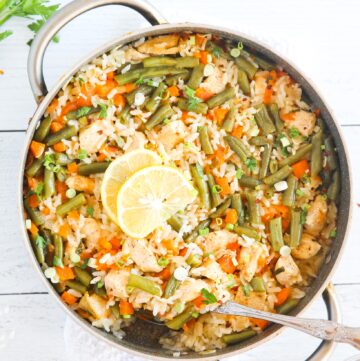